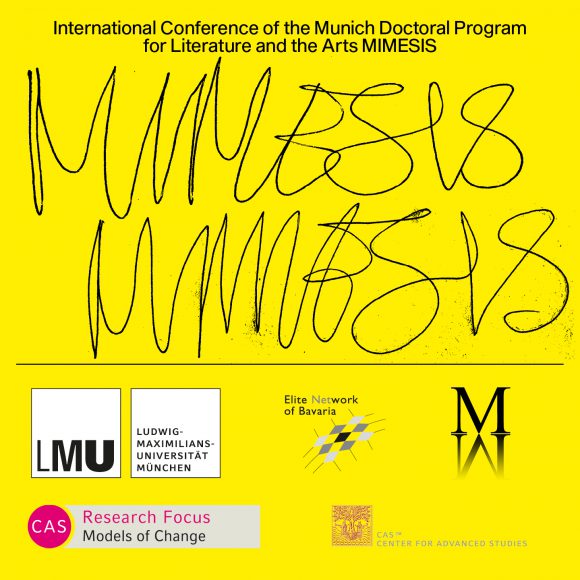 Mimesis as a Transformative Principle Between Art and Politics

5th Conference of the IDP Mimesis at the Center for Advanced Studies of LMU Munich, November 29 – Dezember 01, 2018

The cultural technique of mimesis operates in the realm of the aesthetical as well as in the realm of the political. But there do these forces superimpose each other in such a way, that mimetic works of art become a trigger, participant in or vehicle for political and social transformation? The International Conference Change Through Repetition proposes to investigate aesthetic and cultural phenomena that effect change in the non-aesthetical realm, not so much in spite, but precisely because of their being mere repetitions, representations, reproductions, epictions, or reenactments of another. Thus, for instance, Milo Rau’s theatrical show trial The Congo Tribunal, which resulted in the abdication of corrupt politicians in the Congo province of Sud-Kivu, illustrates the impact of mimesis on political reality. The goal of the conference is to conceptualize mimetic structures of aesthetic and cultural phenomena in their varying ways of articulation as well as to highlight and to analyze their concrete historical or contemporary influence on political and social processes of change in a transcultural perspective. We invite researchers from diverse disciplinary backgrounds to join us in approaching the paradox of change through repetition at the intersection of the arts and politics.